Who are we... Tuesday? Andres Soto To Compose Music for The Next Page

Yes we are announcing another crew member a day early and it is none other than our good friend Andres Soto. Here is a bio to highlight Andres' work courtesy of his website: 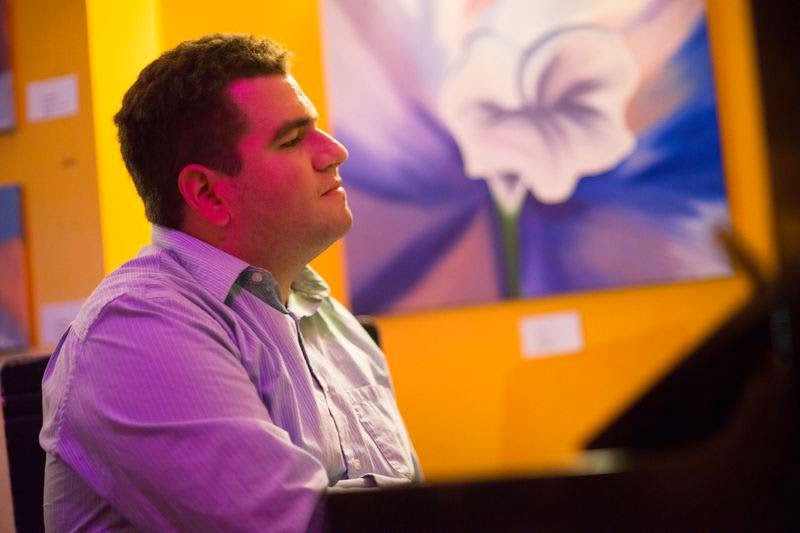 "Andrés Soto is an emerging Costa Rican composer based in New York City. Skilled in both classical music and film scoring, Andrés is equally comfortable either composing powerful orchestral pieces or scoring for motion pictures. His film scores have been recently recorded in professional studios in New York City, and several of his concert pieces have been performed by orchestras around the United States. His latest film score is the feature film Mineville (dir. by Lori Kelly) starring Paul Sorvino, William Sadler, Cuyle Carvin and Nick Wechsler.


His work as an arranger and orchestrator has led him to work with emerging artists in diverse areas, ranging from performances of his collaborations at the US OPEN (tennis), NYC Fashion Week with violinist Jane Hunt, and Ars Nova theater with composer Max Vernon.
Andres holds a Masters in Music Composition and Film Scoring from New York University. He previously studied Music Composition at Hofstra University where he obtained his Bachelor degree, with a minor in Film & TV Studies.  He has studied composition with Kenneth Lampl and David Spear, Film Scoring with Ira Newborn, Orchestration, and Harmony with Chandler Carter and Piano with Blanche Abram and Rich Shemaria.
He has been the recipient of the National Hispanic Foundation for the Arts Scholarship in 2009 and 2010. In 2011 Andrés was invited by the Universidad de Costa Rica as a guess lecturer in the X Seminary of Composition. His symphonic poem “El Susurro de una Brisa” was recently commissioned and premiered by the Orquesta Sinfónica de Heredia for their 50th anniversary concert on December 2012."

Andres has composed music for many of our previous films; in fact the music in our Kickstarter video is the music that Andres composed for "Conciliation."

How did we meet Andres?

I, David, took a class with Andres at Hofstra and then we happened to have a conversation during an orchestra rehearsal in which we realized that we shared similar interests and wanted to work together. The rest, as they say, is history and Andres has become not only one of our best collaborates, but also one of our best friends!
Posted by Unknown at 5:00 AM